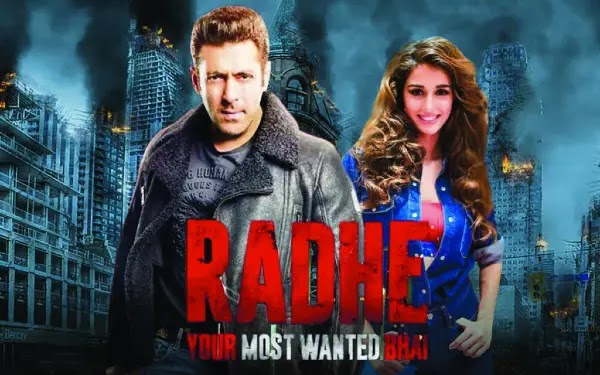 Radhe: The most sought after Bhai is an upcoming 2020 Bollywood action film directed by Prabhu Deva and made by Salman Khan, Sohail Khan and Atul Agnihotri. Movie stars Salman Khan, Disha Patani, Randeep Hooda and Jackie Shroff. The official announcement was published on October 18, 2019.

The main photography started on November 1, 2019 in Lonavala. The film was slated to be released on the occasion of Eid-ul-Fitr 2020 but is postponed due to ongoing pandemic. This film is a revival of the South Korean Veteran film and a sequel to the 2009 Wanted film.

Release date – Initially slated to release on 22nd  May – 2020 but postponed due to ongoing pandemic.

Since the announcement of Lockdown 2.0, it has become clear that Salman Khan’s film ‘Radhey’ will not be released on the occasion of Eid. Shooting of the last schedule of ‘Radhe the Most Wanted Bhai’ is yet to be done. Given the current situation, it is believed that even after the situation is normal, Salman Khan will not show haste in preparing the film completely.

In such a situation it may take about four months. At the same time, when the situation is normal, how will the release date of all the films be fixed, there is also a salutary mark on it.

Talking about Salman Khan’s connection to Eid, it is known that ‘Dabangg Khan’ gets a great response to this festival, due to this he was also ready to clash with Akshay Kumar’s film ‘Laxmi Bomb’.

If you look at the figures, there has been only one time in the 12 years of Eid since 2009 when no Salman Khan film has been released. It was 2013 when Salman Khan introduced generosity to Rohit Shetty and Shah Rukh Khan’s Chennai Express.

Let’s have a look at Salman Khan’s films released on Eid of last 12 years :-

On the occasion of 2009 Eid
Salman Khan’s film ‘Wanted’ was released this year. This was a time when Salman Khan’s career was not going well. In these circumstances, the film released under the direction of Prabhu Deva proved to be a super hit.

Apart from Salman Khan, Ayesha Takia, Prakash Raj, Mahesh Manjrekar appeared in the lead roles in the film. The film was produced by Boney Kapoor. Made in a budget of 52 crores, the film did a business of 93 crores. Salman appeared in the role of UnderCover Cop in the film.

On the occasion of 2011 Eid
With his film ‘Bodyguard’ in Eid 2011, Salman Khan completed the hat-trick of films released on Eid. Kareena Kapoor also played an important role in the film. Salman Khan’s action in this film was well-received by his fans.

It was a Hindi remake of a South Indian film that did a total business of around Rs 250 crore. The film was directed by Siddique-Lal. Music was provided by Himesh Reshammiya, Sandeep Shirodkar and Pritam Chakraborty.

On the occasion of 2012 Eid
This year, Salman Khan’s other famous franchise film ‘Ek Tha Tiger’ was released. The film was directed by Kabir Khan. In the film, Salman is seen as an agent of RAW who carries out secret missions around the world.

At the same time, Katrina Kaif has been seen in the film with him. According to the information, the film made in a budget of Rs 75 crores, did a business of about 320 crores. The film was well-received by the audience.

On the occasion of 2014 Eid
Salman Khan appeared in Sajid Nadiadwala’s “Kick” in 2014 after leaving the 2013 Eid. The film’s total business result was Rs 402 crore, which exceeded the previous revenue record. Jacqueline Fernandes played the role of Saline and Nawazuddin Siddiqui the villain in the film.

On the occasion of 2015 Eid
Salman Khan and Kareena Kapoor are paired in “Bajrangi Bhaijaan”. The film is built around the India-Pakistan relationship. In the film, Salman Khan plays the role of Bhole Bhale Pawan Kumar Chaturvedi. The box collection for this movie shook everyone. The film had a turnover of more than 900 crore, not 500-600. The film was directed by Kabir Khan.

On the occasion of 2016 Eid
Salman Khan’s film “Sultan” knocked on 2016’s Eid. This film, along with its success, has given Salman Khan the title of “Sultan” of Hindi cinema. The film was directed by Ali Abbas Zafar. Anushka Sharma also plays an important role with Salman in the film.

They both played the wrestling role in the film. The film was made with a budget of 145 crore and operated with about 623 crore stores. The film was released under the banner of Yash Raj Films.

On the occasion of 2017 Eid
This year’s Eid was nothing special for Salman Khan. Salman Khan is back on Eid’s occasion with the film ‘Tubelight’. But the light of this film turned out to be a bit bleak at the checkout. At the beat of Salman Khan, who is constantly making hits, this film took a break. It was a war drama directed by Kabir Khan.

On the occasion of 2019 Eid
Salman Khan returned in the film Bharat on this occasion. Directed by Ali Abbas Zafar, the film was a huge success. In the film, Salman ranges from a young man to an elderly man. In addition to Salman, Katrina Kaif also played an important role in the film. The film had a total of 325 crores.