The upcoming Telugu movie Krack is a film directed by Gopichand Malineni. The film marks the third time joint effort between Ravi Teja and Gopichand after 2010 blockbuster Don Seenu and 2013 super hit Balupu. The movie is an action thriller and is starred by Ravi Teja, Shruti Haasan, Varalaxmi Sarathkumar and Samuthirakani. It has been produced by B. Madhu under the Saraswathi Films Division banner. G. K. Vishnu handled the cinematography, while music is composed by S.Thaman and action sequences were choreographed by Ram-Lakshman. 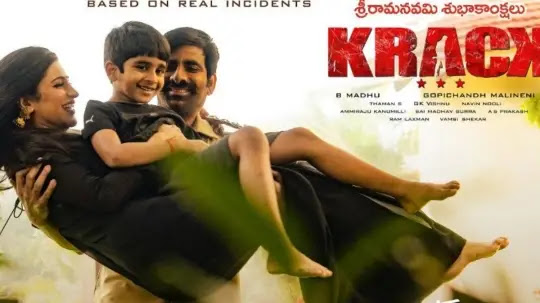 Navin Nooli is responsible for editing the flick. The movie is based many real events in Andhra Pradesh and Telangana, Krack is expected for release on the silver screens on May 8, 2020. 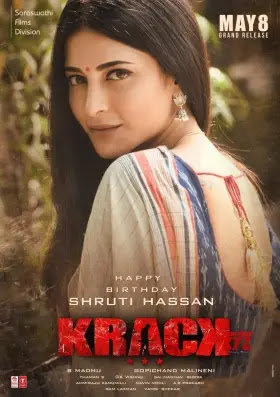 Once again looks like to be a swashbuckling movie by Ravi Teja. Guys get ready to watch this action-packed thriller. It is not a simple thing to match the energy of “Mass Maharaja Ravi Teja” in the movie. Mammootha will be playing the role of a police officer for the third time. Ravi Teja, perhaps the only actor who looks admirable in the police officer role. Background music reminds of Vikramarkudu.